Here's a sneak peek at some of the talent we'll have speaking at this year's conference. The complete list will be posted closer to the conference. 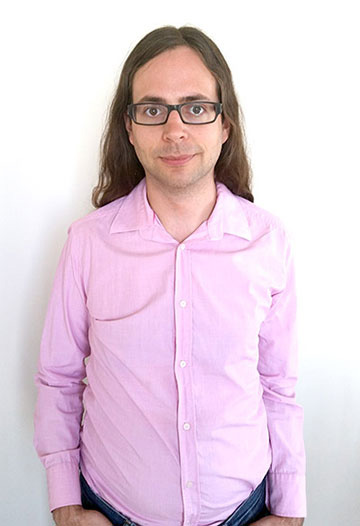 Gregor MacDougall is a developer at Stembolt and works out of his home office in Toronto, Canada. He's been working with Spree and Solidus since 2012. Gregor is a member of the Solidus core team and is the Master of Ceremonies for Solidus Conf 2016. 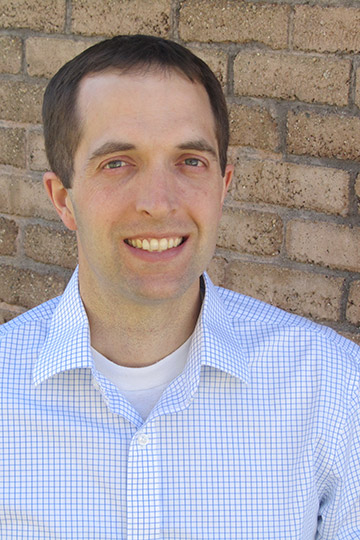 Jordan Brough is a developer working at Lostmy.name and also a Solidus core team member. While working at Bonobos, he collaborated with Stembolt to fork Solidus from Spree. Jordan has been working in eCommerce across a few different (mostly Rails) codebases and frameworks for the past 9 years. He works remotely from his home in Utah.

Customizing Solidus at the Model and Controller Levels

How can we customize Solidus reliably? For some time "class_eval" and "module prepend" have been the official recommendations on how to change or add behavior in Solidus. These methods are often convenient but have drawbacks. In this talk we'll discuss ideas from the core team and the community on moving Solidus forward by "going old school" with defined interfaces, polymorphism, and object oriented programming. 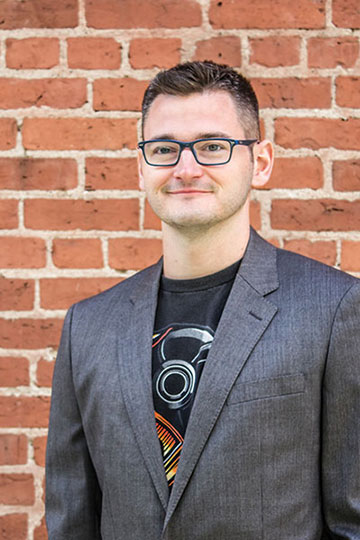 Clarke started Stembolt (originally FreeRunning Technologies) with Sean Taylor over 7 years ago, building it to a company of 20 developers working almost exclusively in ecommerce. Stembolt forked Spree to create Solidus 18 months ago, leveraging their experience working with dozens of stores across numerous industries.

An overview of where we are as a community and ecosystem as well as why its a better time than ever to be involved in open source ecommerce.

I'll introduce the people and technologies that are defining Solidus’ bright and rosy future in a guided tour of the modern Solidus landscape. I *may* also get into details of how I trapped so many amazingly talented shops and developers into a conference room in the middle of Canada to help move Rails' ecommerce forward. 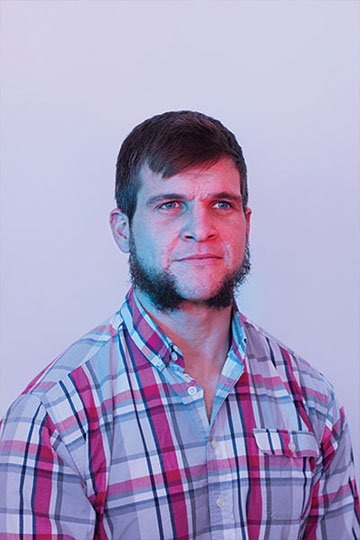 Self taught programmer who has always felt at home in the Ruby community. Explorer of lisps, javascript, vim, functional programming, and developer in exile in America for a Canadian digital product company. Currently researching UI development for the now defunct Minitel, building exotic keyboards, and attempting to foster the best remote culture in the world.

Solidus’s API for the Uninitiated

A talk about how a team of Spree versed folks, who previously built javascript front-end apps, architected their first Solidus storefront with mobile apps consuming the API. I'll focus on methodologies, tooling, and how a whole lot empathy can assist all API consuming application developers (mobile or javascript based) in building great API powered ecommerce apps. 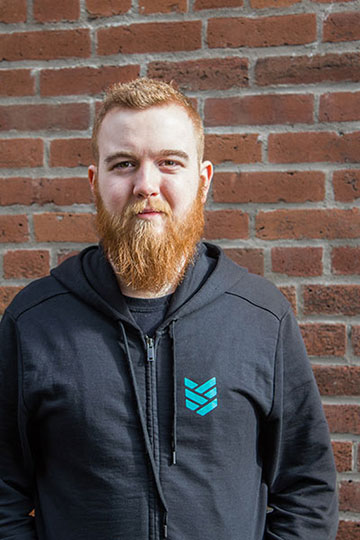 John is passionate about open source software. He began contributing to Spree in 2012 and now develops the Solidus open-source project full-time at Stembolt in Victoria. When not programming John likes watching baseball, fostering cats, and drinking a good IPA.

Improving the solidus admin has been a major focus since forking spree. This presents some challenges like compatibility with extensions and existing stores. I'll discuss how we've addressed these, the changes we've made, and some plans for the future. 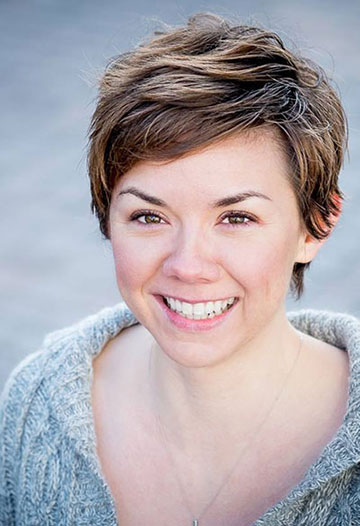 Amanda is a designer with a focus on functional before aesthetic. She believes in the power of user-centered design and co-creation to make the world a better place. Amanda works at Stembolt where she sprinkles magical UX pixie dust on the Solidus admin and beefs up her Git skills making updates to the company's static sites. She keeps up to date on the world of ecommerce with a line of women’s belts that she makes and ships from her home in beautiful Victoria, BC.

How to Do UX When You’re Not a UX Person

User experience isn't a job title, it's a different way of looking at at problem. The more people we have thinking about the end to end experience, the more the quality increases in the the products we create. We'll breakdown part of the solidus admin in an interactive talk to get a better understanding of what user-centered design truly means.

By the end of this talk you'll be able to incorporate a few things into your daily workflow that will make it easier for you to make decisions and also increase the quality of UX for your users. 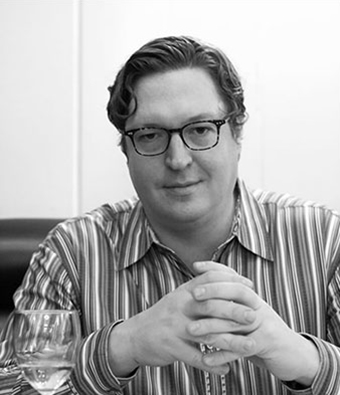 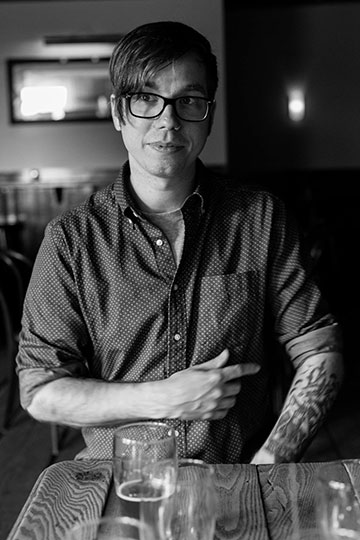 Daniel is a partner and CEO of Boomer Digital, a modern digital agency focused on ecommerce, healthcare, mobile apps and DevOps. With over 20 years of experience in the technology industry, Daniel has been a long time member of the Spree community and a key part of dozens of deployments on Spree and Solidus. Daniel maintains a solid footing on technical and business aspects alike with a relentless passion for stakeholder value. Daniel resides just steps from Prospect Park in Brooklyn, NY (which he thinks is the greatest city in the world, next to Vancouver of course).

David was born and raised in the Blue Ridge Mountains of Southwest Virginia and is now based in Greenpoint, Brooklyn. He has been a Python hacker since the early 2000s, and has been Deving the Ops for the past 4 years. He loves all things monitoring, tweaking his .zshrc and .vimrc, and automating all the clouds. When he’s not coding, he's a drummer in a loud rock band, and a craft beer and high five enthusiast.

David's two decade background managing punk rock bands and making records has been an invaluable asset and given him a fresh perspective at his infrastructure day job.

Automating the Impossible - DevOps in a Modern Digital Agency

Attendees will learn about our background in DevOps and how it's grown into one of Boomer's core business practices that supports all our Spree and Solidus projects. We'll share our unique perspective on balancing multiple clients environments and special needs. A mixture of audience participation and live demonstration will be used to keep things interesting. 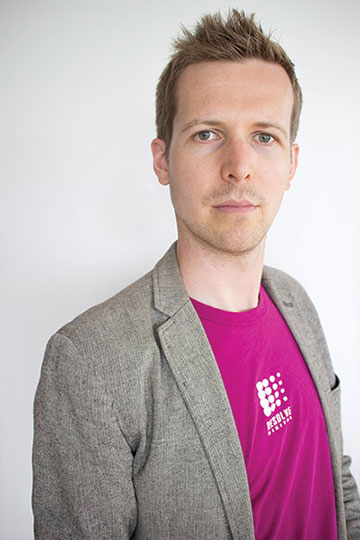 David is a partner and technical director at Resolve Digital, a consulting firm focused on building, optimising, and maintaining Solidus, Spree, and custom Ruby on Rails stores. Co-founder of Off The Back, a popular online daily deal store in New Zealand and Australia.

The typical off-the-shelf online store is not enough to compete in today's market. Machine learning (ML) enables us to deliver a more targeted, personalised, and engaging customer experience. I'll guide you through the complex topic of ML and offer ideas and tips on how and where to apply it successfully. 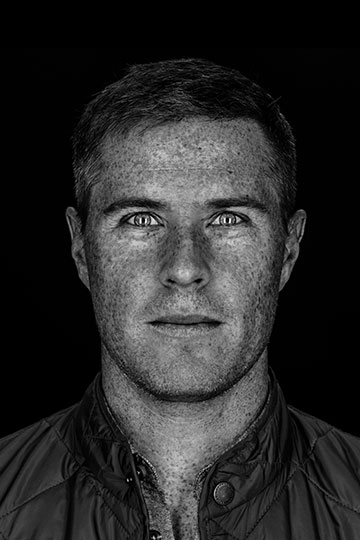 With over 15 years of web and product development under his belt, Bryan has engineered an impressive list of ecommerce and mobile applications. While still an active advisor Dynamo (the company he co-founded in 2000), his primary focus is now Glossier.com, where he’s currently the Vice-President of Engineering.

A talk focussed on how we tackled a sophisticated contentment management problem at Glossier / Into The Gloss, without building a complicated content management system. We’ll take you through our API-first approach, leveraging Contentful, and discuss how it’s enriched our commerce platform, reshaped our editorial program, and provides a consistent, modern set of editing tools to our growing team of content creators. 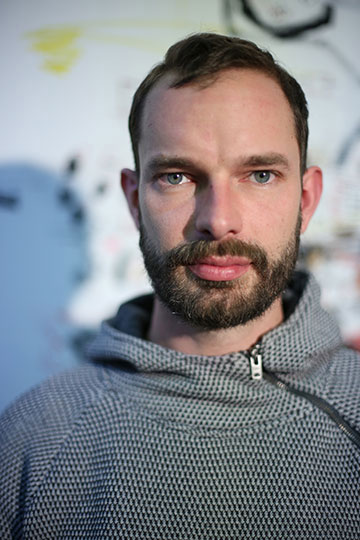 As a merchant, you want to play nice with local authorities and correctly calculate whatever taxes apply to your merchandise. SpreeCommerce and Solidus have a strong history and good support for US-American style sales tax, but the support for Value-Added Tax as used in many regions in the world has been a little sketchy.

The talk outlines how to go about refactoring some of the intestines of Spree 3/Solidus from the perspective of someone who’s done it. Twice.

I’ll also provide a workshop on configuring taxes in Solidus. 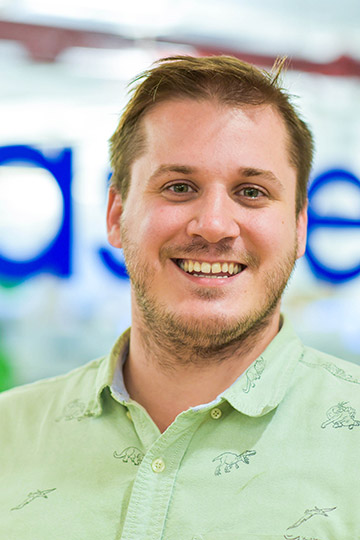 Director of Platform Engineering at Casper. Working to build a highly reliable, global infrastructure at Casper, one of the world’s fastest growing ecommerce companies.

Replacing Wombat with Micro-Services and RabbitMQ

A retrospective on removing our dependency on Wombat at Casper. We’ll also discuss various ways in which you can simplify your complex, monolithic Rails application by building small, independent applications that communicate with each other over AMQP with RabbitMQ. 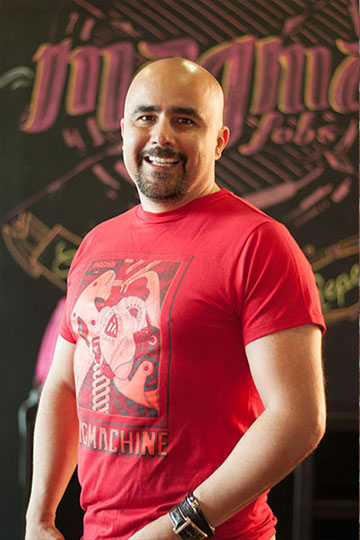 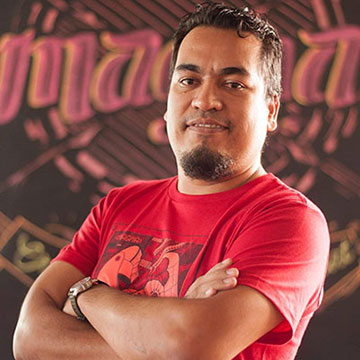 Edwin currently works as VP of Engineering at MagmaLabs, a company doing business from Mexico with world class ecommerce and Fintech clients. When he's not doing reports driven management, he splits his time between pair programming with his engineers, improving open source software, and raising two kids with his wife.